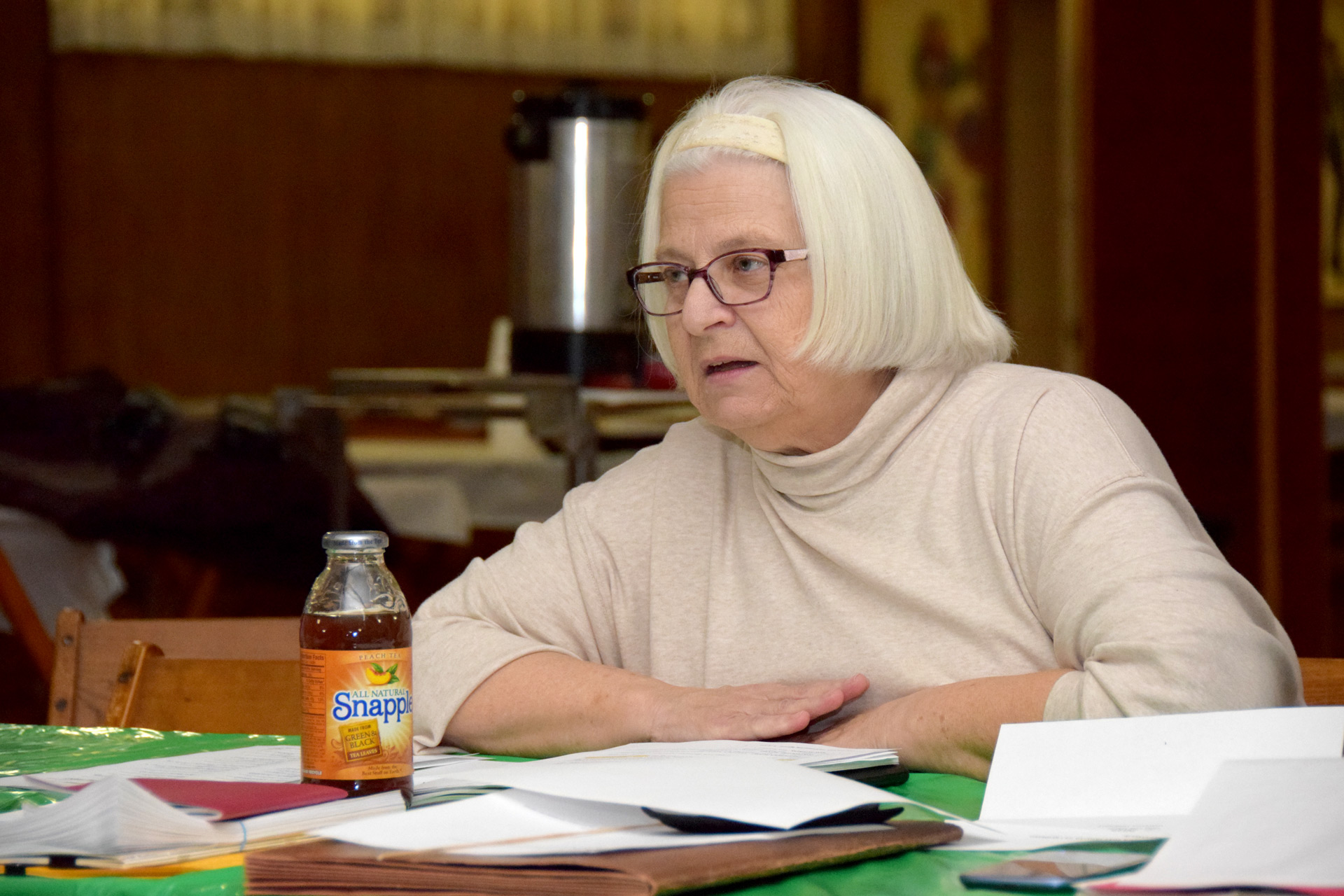 We co-hosted the Marcius 15 commemoration with Rev. Dr. Krasznai Csaba and the First Hungarian Reformed Church on Alexander Road on Sunday, March 16th  Our guest speaker was Hargitai Istvan. A number of our member organizations took part in the program, for which we are truly grateful.  The event was very well attended.  Rounding out the commemoration, a wreath was laid at the Kossuth statue on University Circle by our Vice President, Megyimori Marika, who also created it.

October was a very busy month.

On Saturday, October 10th, we hosted a reception in the Chagrin Falls Township Hall, after the world premiere viewing of the film “The Forgotten Soldier” by Ravasz Balazs at the Chagrin Documentary Film Festival.  There were about 120 attendees, a very good turn-out!!!  Megyimori Marika was a wonderful Hungarian hostess.

The Cleveland Museum of Art hosted its second “International Cleveland Community Day” on Sunday, October 12th.  Andrea and Andrew Lazar cordially represented the Hungarian community under the umbrella of The United Hungarian Societies.

We co-hosted the second Hungarian national holiday, the Oktober 23 commemoration, with St. Emeric’s parishioners and the Cleveland Hungarian Heritage Society Museum at St. Emeric.  Our guest speaker was Dr. Csak Janos, Hungary’s Ambassador to the U.K.  A number of our member organizations again participated in this event.  Another wreath laying ceremony with Dr. Csak Janos preceded the commemoration.  This wreath was donated by the Hungarian Cultural Garden.  Thank you all that attended.  I think it was a well received program.

The Lajos Vass Hungarian Teacher’s Choir & Csallo Folk Ensemble held a concert on Saturday evening, October 24th at the West Side Hungarian Reformed Church on Puritas.  Not only did many of us attend this fabulous evening, but our organization made a monetary donation.

On Saturday, November 22nd, we hosted our second reception.  This was for the Liszt Academy of Budapest’s visit to the Cleveland Institute of Music in University Circle.  Once again, our Vice President, Marika out did herself with a terrific spread.  Pastry donations were received from Farkas Pastry Shoppe, Tommy’s Pastries and Transylvania Bakery Shop.  Thank you.

Get-well flowers were sent to our past presidents, Kemes Laciba and Korossy Jack.  In September, we lost one of our delegates from the Hungarian Genealogical Society – Mary Lou Uray.

Two of our Hungarians were honored this past year.  Ernie Mihaly for his work with the Hungarian Cultural Garden was inducted into the Cleveland International Hall of Fame on May 12th and on July 17th, Kati Gulden was recognized by the American Nationalities Movement for her work with a number of our Hungarian organizations.  Congrats to both.

We also supported our two Hungarian radio programs, Bocskai Radio and the Kapossy Radio, not only in passing the word along to our members to listen to them but also during their respective radio-thons.

Hopefully our activities during 2014 have followed our mission statement:

The United Hungarian Societies serves as an umbrella organization that unites the Greater Cleveland area Hungarian-American organizations and works to represent their interests, and in so doing, seeks to preserve, cultivate, develop and disseminate Hungarian culture.  To further serve the region’s Hungarian-Americans, it may initiate and organize activities for the benefit of this community.