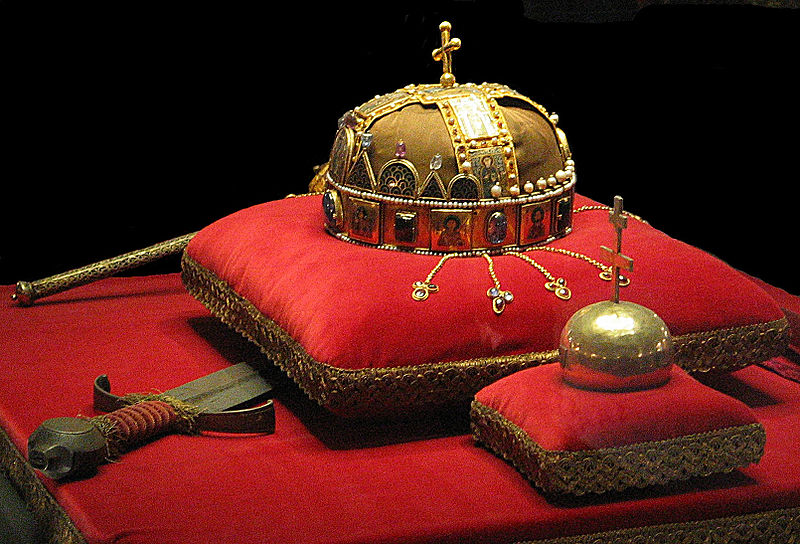 Stephen I, also called Saint Stephen, was the first King of Hungary from 1000 until his death in 1038.  In Hungarian, he is known as Szent Istvan Kiraly.  His original name was Vajk, born in c.970 in Esztergom, Hungary.   He is considered to be the founder of the Hungarian state and one of the most renowned figures in Hungarian history.

Stephen was a member of the Árpád dynasty and son of the Magyar Grand Prince Géza. He was born a pagan but was baptized and reared as a Christian, and in 996 he married Gisela, daughter of Duke Henry II of Bavaria (and sister of the future Holy Roman emperor Henry II). After the death of his father (997), Stephen combated an insurrection led by his older cousin, Koppány, who claimed the throne in accordance with Árpád succession rules. Stephen defeated Koppány at Veszprém (998) and had him executed as a pagan. With the defeat and death of Koppany, Stephen asserted his claim to reign all lands dominated by Hungarian lords and was declared king.

On Christmas Day, 1000 ce, Stephen was anointed king of Hungary. According to tradition, he received from Pope Sylvester II a crown that is now held as a national treasure in Hungary. His coronation signified Hungary’s entry into the family of European Christian nations. Stephen’s power did not rely on his coronation. The ceremony granted him the internationally accepted legitimacy of a Christian monarch.  With the exception of an invasion by the Holy Roman emperor Conrad II in 1030 and disputes with Poland and Bulgaria and some of his own Hungarian lords, Stephen’s reign was relatively peaceful. 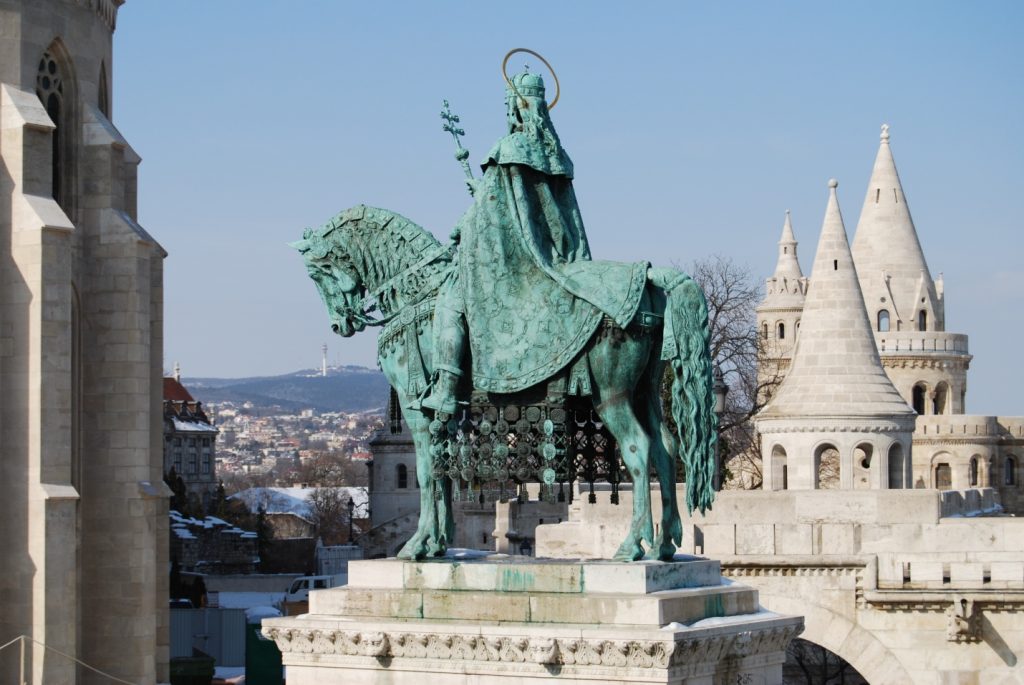 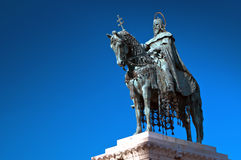 The transformation of Hungary into a Christian state was one of Stephen’s principal concerns throughout his reign. He set up a territory-based administrative system, establishing counties. He founded bishoprics and abbeys, made the building of churches mandatory, and established the practice of tithing. He promoted agriculture, safeguarded private property with strict laws, and organized a standing army. While a ruling class was created, the institution of slavery was left virtually untouched. He treated the church as the principal pillar of his authority, dispatching missionaries throughout his realm. Stephen’s main achievement is considered to be the establishment of a Christian state that ensured Magyars survive in the Carpathian Basin.

Stephen’s son, Emeric, who was to follow him as king, died in an unfortunate accident in 1031. The elderly King never fully regained his former health and his achievements in establishing a Christian state were in danger. Following Stephen’s death in 1038, the country descended into a series of internal conflicts and civil war. Not until the reign of King Laszlo I in 1077 did relative peace return to Hungary.

Stephen is venerated as the patron saint of Hungary, protector of kings.  Stephen as well as his son Emeric, were canonized as saints in 1083. Although his feast day in the Catholic calendar is August 16, Hungarians celebrate his feast day on August 20, which is a national holiday.