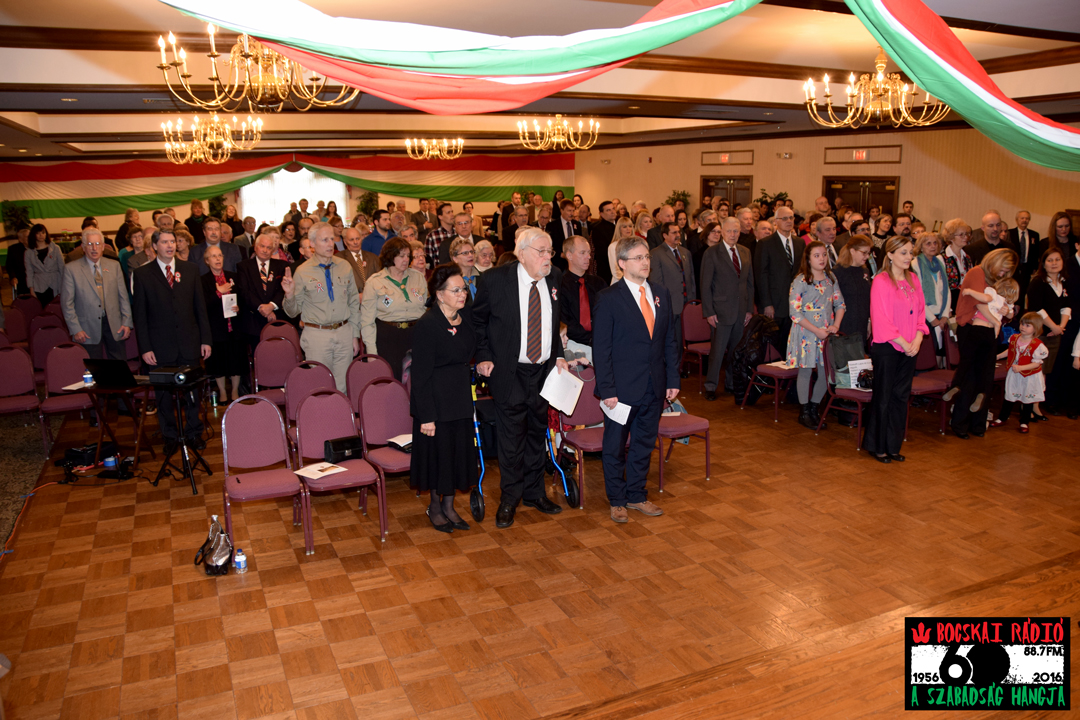 The red, white and green banners, the warm hospitality and the friendliness of those inside more than made up for the dreary, rainy weather outside.  This was the setting of the Marcius 15 commemoration which was held on Sunday, March 13 at the First Hungarian Reformed Church on Alexander Road. 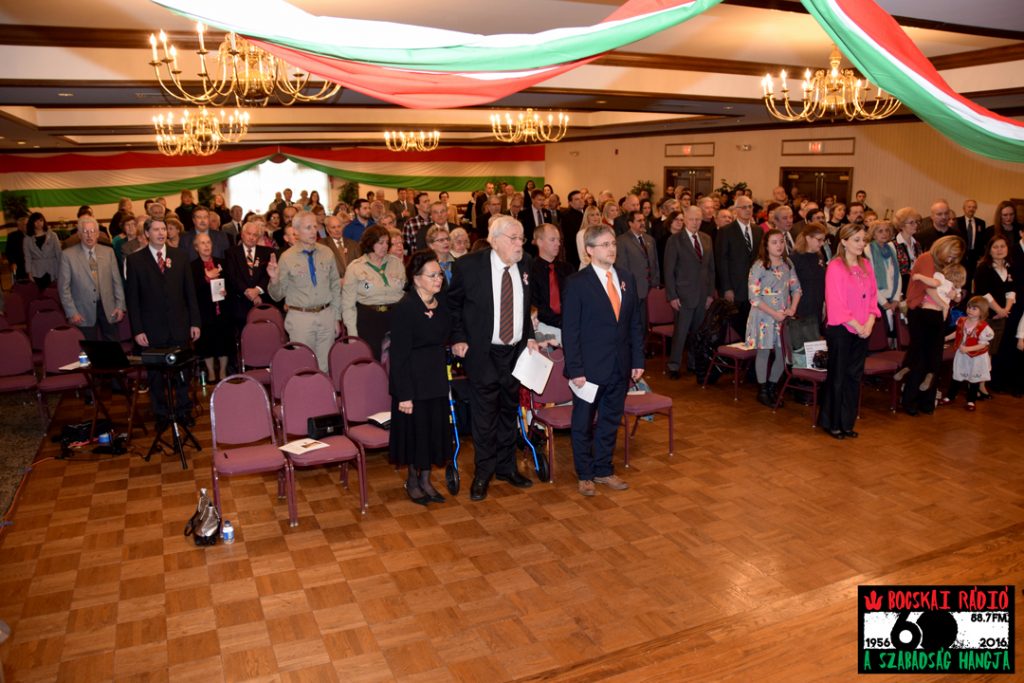 Krasnai Rachel, a young member of the church, was the mistress of ceremonies.   Singing of both the American and Hungarian national anthems which were accompanied on piano by Tamasy Martin, of West Side Hungarian Lutheran Church, officially started the program.  The opening prayer was given by Dr. Krasnai Csaba, pastor of the host church.  Hungarian Chief Consul from Chicago, Dr. Markusfalvi-Toth Adam, gave the opening remarks.  Mr. Bojtos Laszlo, Honorary Consul of Hungary, then read a communication that was received from Orban Viktor, Prime Minister of Hungary.  The program continued first with songs preformed by the West Side Hungarian Lutheran Church’s “kis Magyar Korus” followed by a modern reenactment of the events of Marcius 15, 1848 revolution given by  the First Hungarian Reformed Church’s Sunday school students.   Hungarian Boy Scout Troop #14 came next with a lively recruiting dance.  The guest speaker was Bodor Gergely, a doctorate student from the Eszterhazy Karoly College and the present Cleveland agent for the Mikes Kelemen book program.  Petofi Sandor’s Nemzeti Dal (National Song), which is said to have inspired the revolution, was first song by the “korus”, then it was part of the Sunday school performance and then, just as 168 years ago, was recited by Emilia Payne, a 6th grade pupil from the Hungarian Language School.  Rev. Kulcsar Sandor from the Hungarian Bethany Baptist church gave the closing prayer and the commemoration concluded with the singing of the Transylvanian anthem.  Refreshments followed.  There were about 200 attendees.